Last night we went in search of the little Dark One in Metro Last Light Redux. We were betrayed by a friend and even got sexy times with a beautiful Russian woman.

Man, I love this game!

Tonight we continue our search and mission: to kick ass in this wasteland of ours!

I’ll also be holding another giveaway/raffle tonight. The games include:

You’ll need to spend BeardHairs in order to enter the raffle, which you receive free just by being in chat! So the more you’re in my Twitch chat, the more points/hairs you get!

Come with me if you want to live!

The beard and I are back again with a huge giveaway.

Thanks in large part to the very generous donations of my viewers, this week’s giveaway includes Rust! Yup, you too can use blunt objects to crack open trees and other people in this alpha game that has taken Steam Early Access by storm.

It’s also the first time I’ll be playing Rust on stream, so any backseat gaming is most welcome. Seriously, if you’re a Rust expert, come and mold a hairy newb into a warrior!

The full rundown of free games I’m giving out are as follows:

About 18 games or so up for grabs.

To qualify, all you have to do is Follow the stream, say hi, and type in the magic word before I roll the dice. That’s it; no hoops to jump through or riddles to solve. I do it all on-screen so it’s nice and fair.

The giveaway starts tonight at 6:00PM EST on the MikeReverb1 Twitch Stream — http://twitch.tv/mikereverb1

Last night we found a mute old man who told us we could go somewhere to find something to defeat a dragon.

Again, he was mute. Couldn’t understand a word he said.

But we also met the Greybeards! They are a group of old men who live on a mountain and speak the dangerous tongue of the dragons. You can rend the flesh from a man’s bones if you say the right (or wrong) word. And so to combat the menace that is spreading, we’re hunting Words of Power across Skyrim. Some of those words are even 4 letters. Naughty! 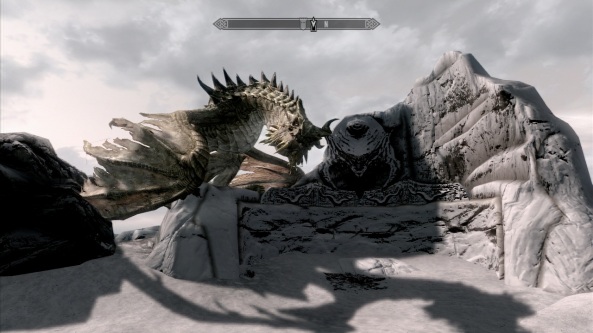 Skyrim Word of Power Guarded By a Dragon

Follow me tonight at 10:00PM EST as I scour Skyrim’s mountains, caves, and women’s drawers for those words of power. The MikeReverb1 Twitch Stream! http://twitch.tv/mikereverb1

Saturday’s Giveaway just became HUGE! Make sure you spread the word about the stream, guys! Your support makes all the magic happen. 😀

I’ve been meaning to tell you about this feeling that woooon’t subsiiiiide!

Yup, I’ve got hungry eyes, and the only thing that’ll satisfy them is Don’t Starve.

In Don’t Starve, you survive against the elements and the encroaching darkness, hoping to last just one more day before Satan takes your soul. Or something like that. I honestly just want to make jerky.

Follow me tonight, folks, at 10:00PM EST on the MikeReverb1 Twitch Stream!

At the age of seven, I briefly became a Devil worshipper.

Strange? Maybe, but let’s back up a second.

I was raised in a strict Protestant household, Pentecostal to be exact. We preferred to faithfully attend church service seven days a week, thank you very much, and “idols” such as Santa Clause were considered threats to the good Lord’s sovereignty. Out they went.

I loved God; I considered him to be a good guy (he was male, of course!), and he watched over me and my family. But there was a problem: the Devil. He stood against everything that good Christians strived for; he compelled people to do bad things, and in the End of Days, he’d roam the Earth with the Anti-Christ to punish nonbelievers.

So, like any child fearing Christian, I decided to fight him with one of the most powerful weapons in my arsenal: love.

It was a Saturday morning; I was watching cartoons—Teenage Mutant Ninja Turtles—and swinging my feet atop my couch. Something kept running through my head though: if God admires love, compassion, and praise, then wouldn’t the Devil only care for the opposite—hate, selfishness, and insults? I mean, the Devil is pure evil, isn’t he? He would hate anything positive; it would actually hurt him, wouldn’t it?

With this logic in mind, I hopped off the couch, bent down until my face was inches from the carpeted floor, and started telling the Devil I loved him. I told him that he was nice and good and that we should be friends. I mentioned every positive thing I could think of—poison to the Devil in my mind—to hurt him wherever he was in hell (because he was surely listening to a seven year old Spanish child in a Brooklyn ghetto . . . ).

Now, imagine the look on my sister’s face when she walked into the living room: her little brother, in his pajamas, kneeling to the ground, worshipping Satan repeatedly. She quickly wailed “what are you doing?!”

I looked up at her and calmly explained my plan to hurt the devil by showing him love. That’s when she explained to me that the Devil had worshippers too, and the way you fought him was to praise God.

Twenty-two years later, I’m still not sure if I believe my sister, honestly. But every once in a while I do receive an e-mail from a stranger with “wazaaaap?” in the body, so who knows?

Reach in and claim it.

Just a short bit of dialogue I was messing around with the other day. Bon appetite!

“Here—use this bag. Crying? That’s like wondering if trees fart.”

“It’s a serious philosophical question. Do they even feel pain? Have they got any sense of loss? You know, whatever’d make you cry a little.”

“One’s right over there, under the dumpster.”

“Why would a zombie cry then?”

“Because all he wants to do is give us a hug and a kiss, and we keep running away.”

“Or he wants to share the Good News with you so that Jesus will live in your heart, but you won’t open the door for his prayer group. The fuck should I know? I don’t even think about this shit. Have you ever seen one cry?”

“Sort of; I saw one that looked pretty depressed. She was hanging out by the liquor store—”

“—and she had this look on her face, like she was upset or hurt and–careful around the teeth. Yeah, turn the head around. Anyway, she just sat there on the sidewalk staring at nothing, and I felt kind of . . . I don’t know . . . sorry for her? Do you think she was remembering something sad?” 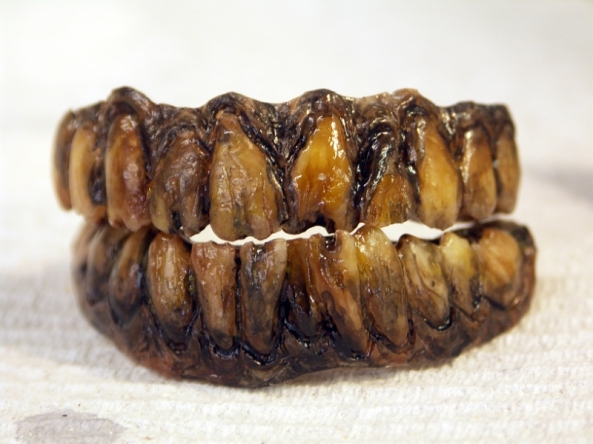 I love the BBC Documentary Planet Earth. However, while David Attenborough is a great narrator, he’s not as cute as these aspiring narrators.

7-year-old Aiden is the best of the bunch (though the lisping, 6-year-old Brynn is a close second). Somebody give that kid a job, post haste!

Thanks to Mashable for exposing me to this brilliance.

I’m starting to think that perhaps I’m lacking a tad bit of it.

Not the discipline to sit down and write mind you. I’ve been doing more and more of that lately (pats self on back). Rather I lack the discipline to stick with one idea and run with it. It’s like the opposite of writer’s block (writer’s flood?).

My brain is a factory that keeps churning out ideas, and as soon as a new one pops out of my noggin, I feel an overwhelming desire to write about it. And I do.

Recently, while working on my zombie novel, I came up with ideas for two completely different novels: one deals with a group of teens who dive into dreams and memories (memories have been a recurring theme in my last few blog posts). Their shared dreamworld is a sanctuary from the outside world, which is pretty harsh on them.

The other is a novel that takes place in a world where mythological creatures of all kinds coexist. The main character is called a Judge who keeps the peace between all of the differing factions of beasts. This novel speaks of my love of mythology (especially Norse mythology).

The descriptions above are the barebones version, of course; I’ve fleshed each out in a document. But the more time I spend on them, the less time I spend on my main novel.

So, for all the writers, painters, musicians, filmmakers, or anyone else who feels the pull of opposing ideas, how do you stay disciplined and work on just one idea at a time? Or have you come up with a way to multi-task and dip into all of those freshly minted ideas? I need to get all of the lil’ homunculus in my head working towards the same goal. 🙂