He killed two of my viewers.

We were just standing in the middle of a tent, trying to regroup, trying to figure out where the sniper was.

We might have even laughed a bit, nervously considering our options.

Then a shot rang out. My friend Nephilim went down.

He trained his sights on me but I ran, and ran, and ran until I felt safe enough to log off. Not the most courageous option, I know, but I had a giveaway to run! 😛

Tonight I go back to the Northwest Airfield in search of trouble and ammo. Come join me, will you?

The Northwest Airfield. The Scene of the Crime!

Follow me at 10:00PM EST on the MikeReverb1 Twitch Stream!

In case you haven’t read it yet, Part 1 of “The Mark” can be found here.

And now, without further ado, here is the harrowing conclusion of my 16-year-old self’s “The Mark.”

Now the sniper is faced with a terrible decision. Should be bestow life upon the young creature that stands before him, or should be complete the task he came here to accomplish? His human side and his professional side collide in a struggle to obtain dominance of the sniper’s conscience. This is something he has never experienced before as a bringer of death: doubt. He doesn’t know what is right or wrong anymore and his morals are being tested to their limits. His companion offers its never changing advice and warms itself up in its bloodlust. His mark is now accompanied by a group of bodyguards who station themselves around the child. A black limo pulls up in from of the boy and opens its doors invitingly to him. The rain begins to subside slightly to give the sniper its approval to take this boy’s life. The sniper has made up his mind. He owes nothing to society and should not think of any of its members as human. He is surprised at his moment of weakness and reminds himself that he is a professional. Who is he to question the decision of his employers? That is not his job; to take the life of another is. He focuses his crosshairs on the boy’s head. Steady hands hold the rifle in place. The sniper can hear only the pattering of the rain on the windowpane and the blood pumping in his ears. He tightens his finger over the trigger and…

A shot shatters the stillness of the night. A figure falls lifelessly to the floor, his life force flowing freely from the small hold in his head. A black suitcase tumbles to the ground followed by one of the most faithful friends the world has ever known. A black trench coat turns crimson while a metal martyr clatters unceasingly on the ground. The gaping mouth of the carcass speaks chapters about the lonely body it has inhabited for thirty-three years. Below, at street level, a young boy inhales the cool night air and breathes it out slowly as his father comes out of the nightclub behind him. He looks at his father and smiles. He loves his father very much and admires him greatly. He is the splitting image of his father. They always go out wearing the same type of Chinese suit with the rose emblem his father loves so much. “You know, your mother loved roses, they were her favorite flowers”. His father told him this from time to time. His father walks over to him and apologizes for the delay. “It’s okay , Dad”, the little boy replies. They both walk into the limo with their guards still surrounding them. The black snake slithers away from the nightclub and down the street.

–Unfortunately (or fortunately?) I couldn’t find the last paragraph to the story. However, as I hate leaving something unfinished, I’ll try to provide what I remember.

On a rooftop nearby, another sniper puts his rifle back in his case. He smiles at the thought of the cool twenty million his mark has just given him.

And there you have it.

It felt odd going back and reading my old writing; it’s like a totally different person wrote this. But it does serve as a kind of affirmation that I do enjoy writing, and there was a time when I just wrote for the hell of it.

When I hit an inspirational dry spell, I’ll try to tap into this younger me and just have fun with whatever tip-taps off of my keyboard and onto the screen.

But for God’s sake, I’ll definitely come up with better metaphors and similes . . . 😛

If you have any early writing or, for my art friends, ART WORK (those would be awesome to see), please share it withe the rest of the blogosphere! I’d love to see how everyone’s style has developed over time.

I was rummaging through some old papers I’d kept in a cardboard box for years when I came across something embarrassing: a short story.

I’ve always loved to read and write, but in high school, at the tender age of 16, I made a formal effort to craft a story about a sniper/assassin who finds more than he bargains for when he sees his new mark.

It’s entitled “The Mark,” and since my harddrive crashed when I entered college, I had to retype what I’d previously written down, which was the last known copy of this “work.” Only time will tell if it should have been left to obscurity. 😛

Note that I haven’t changed a thing in the story (though I REALLY wanted to in some place; past self, didn’t you know how to use commas?)–not even the structure–so prepare to be hit with a wall of text.

I’ve also decided to split it up into two parts since it would run into “Too Long To Read” territory otherwise.

Without further ado, I give you what a 16 year old thinks is good writing: 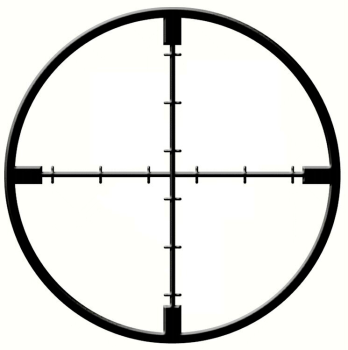 The rain falls from the sky with the fury of a legion of angels. The streets are deserted at this time of night. As the cars pass by in the distance a dark figure makes his way up to the clock tower staircase. He seems to become one with the shadows that protect him from the street lamps below. He wears a black suit, a black leather trench coat and a black scowl across his face. He carries with him a black suitcase that contains his only friend in the world. He reaches the top of the stairwell and looks around at the dark cramped room, which contains one window and many rats. He crosses over to the far end of the room and looks out of the window at the nightclub across the street. Through the raindrops he can see the neon colored lights that attract the common people to “have a good time”. He sighs as he prepares for the task at hand.

He is the best at what he does and he knows it. He has been in this line of work all his life. He has never missed a mark and does not plan to in the future, including now. This particular contract is of special value to his employer and ten million dollars says that the job must be done flawlessly. He knows that if at any time he is unable to eliminate his mark, he will become the target himself. “The hunter will become the hunted”, he thinks to himself. He opens his briefcase and begins to assemble his faithful companion who never criticizes him or talks too much. His friend whispers to him in the shadows of the night. His friend has never let him down in any way and has never left his side. Fully assembled he loads a single golden bullet into his PSGI-Sniper Rifle. The bullet is very narrow, made to pass through bone, flesh and sinew with ease. He then raises the gun so that he can look through the scope and at the street below again. He sees his mark emerge from the club and prepares himself both physically and mentally. A wave of power flows through him as he holds his companion close to him. A rush of adrenaline makes him feel immortal and omnipotent as his helpless mark waits to be eradicated by the fury of a god. This rush lasts only a second as his mark stands in the light of a street lamp and absorbs the beauty of nature’s tears.

The sniper is paralyzed. He watches as his mark closes his eyes to embrace the barrage of raindrops that fall on his brow. “Is…that…my…mark?”, the sniper mutters to himself, astonished. His mark is no older than twelve years old. The sniper quickly scans his memory to the description of the mark that was given to him by his employer. “This mark is of the utmost importance to me and must be eliminated at all cost. He wears a white silk Chinese suit with a rose emblem near its collar. He is of Colombian nationality and is well protected.” The sniper looks again at his mark and spots all of the signs that were given to him. He is stunned that such a young man could be of so much importance to anyone, at least not so important as to desire his death.

Stay tuned tomorrow for Part 2 of “The Mark”!